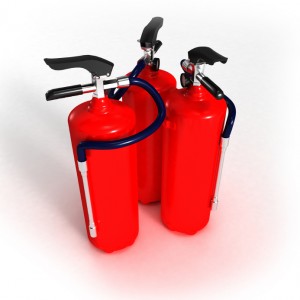 The fact is that a monitored home fire alarm system is the best defense in the event of a fire. However, having portable fire extinguishers in your home can also help save lives and property by enabling you to put out a small fire or at least contain it until the fire department arrives.

It’s important to remember, though, that because fires grow and spread so rapidly, the number one priority is for you and your family to get out of the house safely.

Fire experts recommend installing fire extinguishers on every level of your home including the kitchen, basement and garage. Fire extinguishers come in various sizes so you should select the size that’s right for you based on your family situation and who you think is most likely to be using it.

END_OF_DOCUMENT_TOKEN_TO_BE_REPLACED 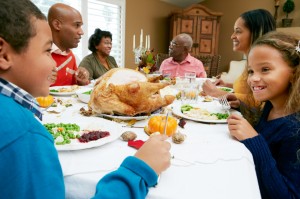 Thanksgiving is the day when people across America gather with family and friends to celebrate, cook, share good food and conversation. Thanksgiving is also the leading day of the year for home fires involving cooking equipment, according to the National Fire Protection Association (NFPA).

In addition to the fire hazards posed by cluttered stovetops and crowded kitchens, turkey fryers and using candles also contribute to the increased risk of fire on this November holiday.

“Sadly, during the holidays we see a spike in cooking fires and injuries,” according to Massachusetts State Fire Marshall Stephen Coan.

A monitored home fire alarm system is the best defense against protecting your family in the event of a fire but here are some additional tips from Coan and the NFPA to help your loved ones have a happy, healthy and safe holiday.

END_OF_DOCUMENT_TOKEN_TO_BE_REPLACED 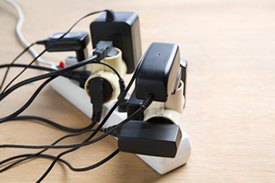 When it comes to the damage done by electrical fires every year, the numbers are staggering.

Each year, U.S. fire departments respond to an estimated 25,900 home electrical fires. These fires cause an estimated 280 deaths, 1,125 injuries, and $1.1 billion in property loss.

In fact, homeowners lose more money every year as a result of electrical fires than nonelectrical fires, according to the U.S. Fire Administration. You can even lose your entire home – or worse – because of a bad electrical fire.

END_OF_DOCUMENT_TOKEN_TO_BE_REPLACED 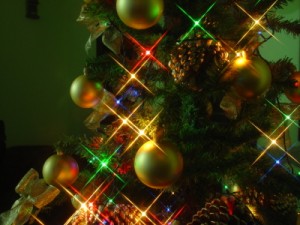 When it comes to lighting your holiday tree, the number one holiday safety tip from fire officials is “never use lighted candles as decorations” — so imagine our concern when we saw this blog post, “How to Put Real Candles on Your Christmas Tree Safely.”

Yes, here at American Alarm where home and family safety is our top priority, we think it borders on crazy and substantially increases the risk of fire damage or disaster.

END_OF_DOCUMENT_TOKEN_TO_BE_REPLACED 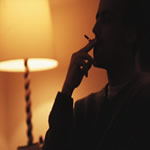 END_OF_DOCUMENT_TOKEN_TO_BE_REPLACED

Did you know there has been a dramatic reduction in fire fatalities and injuries over the last 30 years because more people use smoke alarms? These facts are according to the Underwriters Laboratories study, “Smoke Alarms and the Modern Residence Fire.”

In 1977 home fires caused 5,865 deaths and over 31,000 injuries. This was at a time when only 22% of homes had smoke alarms installed, according to information in the UL report.

Research now shows that today people have less time to escape a home that’s on fire than they did 30 years ago. That’s because manufacturers of home furnishings have shifted from using natural materials like wood, cotton and wool to synthetic materials like polyurethane foam for padding and synthetic fabric covers that typically ignite more quickly.

These synthetic materials also burn more intensely, release their fire-enabled energy faster, and create more smoke than natural materials. We’ve seen how effective smoke alarms can be in warning occupants of fires but now they have to work even harder to get the job done.

The most common type of smoke detectors, the ones based on ionization technology, may not protect your family in a fire, according to a video segment  on the TODAY show by National Investigative Correspondent Jeff Rossen. While they work well to detect fires with fast-moving flames, experts say some of the most deadly fires are the smoldering, smoky kind that can fill your home with toxic gases while you sleep.

In those fires, ionization alarms don’t work well, going off way too late – or not going off at all, Rossen notes. “And that means the individuals could have a fire in their home and never receive a warning,” Don Russell, an engineering professor at Texas A&M who’s run hundreds of tests, tells Rossen. Photoelectric is the way to go in those situations.

For the best protection, the National Fire Protection Association recommends you use both ionization and photoelectric alarms, or an alarm that includes both technologies in a single device, called a dual alarm. New smoke detection technologies are also being developed so manufacturers can produce smoke alarms that react more effectively to fires in today’s homes.

The NFPA standard requires that alarm monitoring companies verify within 90 seconds if actual incidents are occurring before they can alert 9-1-1. American Alarm’s average response time is 21 seconds, saving valuable time that can mean protecting your home and family.

Of the signals handled by central station operators, only 3.4% required action, and only 0.15% resulted in fire dispatch.

Whether you’re asleep, away from home, or in your home, our 24-Hour Security Command Center is always available, monitoring smoke detectors to respond and send help when it’s needed most.