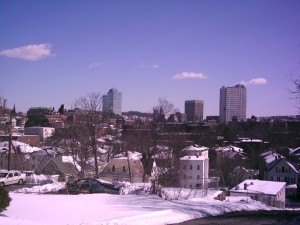 If you live in Worcester County, MA, your area is the recipient of a dubious FBI honor: According to recently-released 2013 data, nine of the top 50 crime-filled cities and towns in MA belonged to Worcester. Local residents aren’t sure the data holds up under scrutiny, but safe or not the FBI results beg a question: What can citizens do to make Massachusetts a safer place?

The data reported by Go Local Worcester seems damning, with the city of Worcester coming in at 9.53 violent crimes per 1000 people followed by Fitchburg at 7.58, North Brookfield at 7.24, and Webster at 7.23. Leominster, Southbridge, Winchendon, Barre, and Gardner all came in under 7.00 but still made the top 50 list.

Dr. Stephen Morreale, a retired DEA officer and now Chair of the Criminal Justice Department at Worcester State University, says that the county is “not some place that I feel a threat.” Morreale also notes that when he “compared 2013 to the statistics from 2012, there’s not that a dramatic of a change at all. Overall, I’m not sure that Worcester is an un-safe city.”

Former Superintendent of Massachusetts State Police Tom Foley, meanwhile, notes that “crime runs beside what your budget looks like. If your budget is getting cut, and police offers are off the street, your programs aren’t being performed anymore.”

Here’s the bottom line: Crime is up in Worcester County, and police budgets aren’t what they used to be. What can residents do to help?

According to a paper by researchers from the University of Massachusetts-Lowell and Suffolk University, there’s a strong correlation between high-crime neighborhoods and citizen involvement when citizens feel they are a part of a community rather than simply occupying a living space—odds of citizen involvement rise 324 percent when neighborhoods are community-minded. In addition, the odds of involvement rise by 29 percent when police get to know residents and take time to understand their individual concerns.

A 2007 study also showed that the use of security cameras had a market impact on crime reduction. In downtown Baltimore, for example, violent crime decreased by more than 22 percent thanks to the use of cameras, while in Humbolt Park area of Chicago, drug crime was reduced by more than 33 percent.

For Worcester residents looking to get out of the FBI spotlight, there’s a two-step process that must take place. First, citizens need to take ownership of their communities to encourage greater participation in the neighborhood policing process; next is the use of high-quality cameras to drive criminals out of the area. FBI statistics may be daunting and police budgets in decline, but Worcester County residents can help turn this trend around.