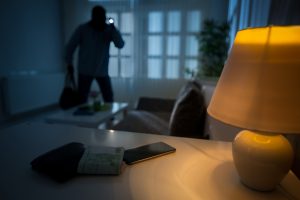 Every New England home or business owner wants to protect their property from burglars. Such invaders are a real threat today. According to the FBI, in 2018, the most recent full year with available statistics, there were 1.2 million burglaries in the United States. This represents some 17 percent of all property crime.

Naturally, you can take basic steps to defend yourself, such as locking doors and windows when you are absent, alerting neighbors if you are going on vacation, and so on. To take it a step further, however, try to think a bit like a burglar and develop your defensive strategies accordingly.

Let’s look at some available data about the burglar mindset. For instance, we have recent articles from Bloomberg and other sources about the daring and successful burglar Sean Murphy from the city of Lynn, Massachusetts. His major claim to fame as “master thief” was his 2008 theft of the New York Giants Super Bowl rings from an Attleboro, Massachusetts, jewelry dealer.

According to reports, Like many other current thieves, Murphy had very specific and successful approaches when he stole. For instance, he was:

These are the sorts of burglars you are facing today. They are frequently disciplined, coolly professional, know their trade and are looking for easy targets. The best way to counter them is to get the best available security systems and expertise. This will make you more trouble than you are worth.