Take a look at recent police incident reports. Including ones right in your town. They are featured on the Police and Fire Logs posted in many places including Patch.com. You’ll see many reports of home break-ins. 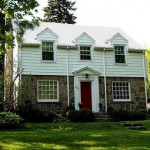 In just one week, police in Easton, MA received calls about an individual who broke into a garage and stole a wallet from a vehicle as well as another thief who broke into a house and stole a video game system. In late August, three separate break-ins were reported, two occurred in the afternoon and the third in the early evening.

According to the Federal Bureau of Investigation in 2010 there were approximately 2,159,878 burglaries – 60.5% of those burglaries involved forcible entry. Residential property burglaries accounted for 73.9% of all offenses. END_OF_DOCUMENT_TOKEN_TO_BE_REPLACED