As college students settle into their dorms and apartments, parents as well as students should assess the level of fire safety, particularly in off-campus housing.

On Campus vs. Off Campus

Why focus on off-campus housing?

Since 2000, 85% of college-related fire fatalities have happened in off-campus housing, where most students live, according to Campus Firewatch. 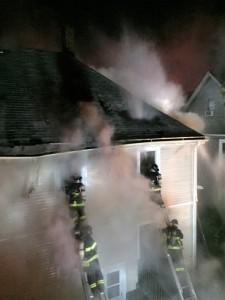 END_OF_DOCUMENT_TOKEN_TO_BE_REPLACED

It’s a calm day today on this college campus. But when fire strikes, calm can quickly turn to chaos.

Most dorms are equipped with commercial grade fire systems that are interconnected and monitored regularly to keep students as safe as possible. But, it’s a completely different story for students living off-campus.

According to the Center for Campus Fire Safety, almost 80-percent of fire-related fatalities in student housing occur off-campus. These fires are typically caused by a lack of automatic fire sprinklers, missing or disabled smoke alarms, and careless disposal of smoking materials.

Here are some simple steps to ensure your off-campus housing is a fire-safe environment.