You couldn’t be blamed if you assumed light (electric or natural) is an effective crime deterrent tool here in New England. After all, no self-respecting burglar would try to rob a house or a business where he or she could be easily observed and reported.

If we look at some crime statistics, we might discover that just leaving the lights on isn’t necessarily useful — without an accompanying comprehensive defense strategy. In fact, according to an Alarms.org article, in 2015: 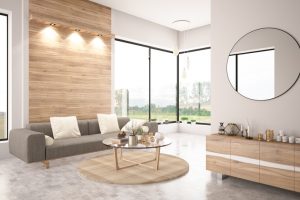 This means there was a 6 percent higher chance that a burglary would happen between 6 a.m. and 6 p.m. than in the evening. The reason is simple: most people are away during the day performing errands or working. While night offers a certain amount of security to thieves, it also increases the likelihood that someone will be home.

Lights Can Attract More Than Insects

According to a blog from security products vendor Reolinks, an empty house with external lights on 24/7 is actually likely to be an invitation to seasoned thieves. The blog’s author writes: “Burglars are always searching for unoccupied homes. So having your lights on 24 hours a day while you are out for a holiday is just like a beacon to them: ‘I’m not at home!’”

Broad daylight won’t stop all thieves in New England, or elsewhere. There are plenty of daylight bank or store robberies, as well as house break-ins. In June, a thief was caught on camera before and during a daytime robbery of a Fitchburg, Massachusetts, residence.

The illumination didn’t deter him: In fact, he brazenly cased the property, driving around it several times. He even looked into the windows. The victim noted: “He had a fishing pole he brought to try to blend in around here. … he knew what he was doing.” The mere presence of light doesn’t deter a seasoned thief.

What all this indicates is that you need a holistic strategy. Here are a few best practice security tips from the above articles and other sources:

To make your security even more ironclad, consider installing high-resolution surveillance cameras on the property. You can also hire a proven security vendor to provide 24/7 monitoring services to respond to any triggered alarm or event.

This way, you’ll combine two of the best crime prevention techniques (exposing the burglary visually and sounding an alarm when the thief has entered your property) to give you peace of mind.