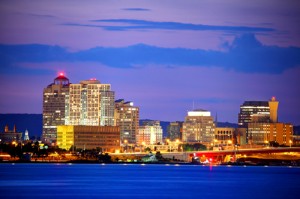 Communication is difficult in any workplace environment—even small misunderstandings can mean missed deadlines or lost revenue. When it comes to policing, however, the stakes are much higher; poor communication with citizens can lead to protests, public outcries, and calls for total reform. In New Haven, the city is tackling this problem head-on with the creation of a new 17-member task force aimed at analyzing police and community relations and then making recommendations to improve their association. Is this a reasonable goal? If so, what’s the ultimate outcome?

According to New Haven Police Commissioner Anthony Dawson, the new task force “gives the responsibility of running the Police Department to all the citizens of New Haven so that all residents can have some input.” This input is needed as the city’s police service has been criticized for its handling of certain high-profile arrests and law enforcement/citizen interactions. As a result, says task force co-chairman Rabbi Eli Greer, there’s need for an “objective perspective” which takes into account both police and citizen input to make a decision on how to handle matters of miscommunication. These are noble aims, but can an intermediary task force really smooth out the differences between citizenry and those selected to enforce the law?

To create a solution, both police and residents must understand the problem they face. Some citizens don’t consider themselves “criminal”, even when they act against the rule of law; there’s always “someone else” who has committed much worse crimes and deserves police attention. Police, meanwhile, often act and speak in ways which are confusing to ordinary citizens. What’s more, in the event of a challenge over police conduct the service tends to close ranks and protect its own, making it appear that law enforcement officers sit above city residents when it comes to taking responsibility for their actions.

According to a study from the Regional Policing Institute at Wichita State University, it is possible to develop a meaningful police/citizen dialogue. The first step is for everyone to understand that not all problems can be solved to everyone’s satisfaction and that new problems will always arise. What’s more, police must treat citizen input as more than token, while citizens must be willing to assist police over the long-term, not simply when they seek a particular resolution or effect. Ultimately, the study found that “developing partnerships with the community requires proactivity, effort and communications,” and noted that “trust is the glue which will create a bond between the police and the community.” In New Haven, the hope is that this new task force can encourage this trust and act as a kind of glue to strengthen the relationship between police officers and the community at large.

Citizens and police need a voice when it comes to making a city safe; ideally, the task force offers a willing ear and sober second thought for both of these key safety stakeholders.