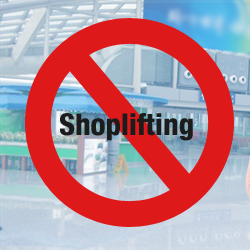 If you’re a retailer looking into business security systems, you’re all too well aware that shoplifting costs your industry tens of billions of dollars every year – that’s millions every single day.

No retailer is immune. Shoplifters steal from all kinds of stores; big box stores, department stores, supermarkets, drug stores, convenience stores, and even thrift shops. Worst of all, there is no profile of a typical shoplifter. They can be men or women and sometimes even kids. Shoplifters come in all shapes and sizes; rich or poor; young, old, or in between.

Of course one of the first steps to help control shoplifting in your establishment is to install a video surveillance system – however, it’s not possible to completely stop people from stealing from you. Luckily, there are ways to further protect your business if you know how to spot a shoplifter.

According to the Crime Prevention Service for Business at Rutgers University, you should “look at how people dress, act, and move, and what they carry, not their ages, sex, or skin color,” Specifically, Rutgers suggests you look for people who are carrying large open purses or large shopping bags.

For example, recently police in Braintree, Mass. arrested a woman for allegedly shoplifting $1,000 worth of clothing and watches from Nordstrom at the South Shore Plaza.

Nordstrom’s loss prevention employee called police after watching the woman allegedly hiding the merchandise in a bag and leaving the store. The woman was charged with  larceny over $250.

Rutgers crime prevention officials say you should also be very suspicious of people who: