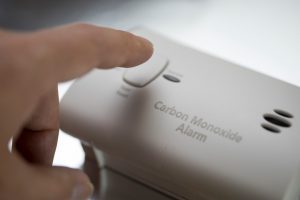 Often called the “silent killer,” carbon monoxide is a colorless, odorless gas that can be fatal in high concentrations. Every year, more than 400 people in the United States die from accidental non-fire related CO poisoning, according to the Centers for Disease Control and Prevention.

Carbon monoxide is a byproduct of burning oil, gas, wood, coal, pellets and kerosene. The only way to tell that carbon monoxide is present is to have a working CO alarm. At lower concentrations, victims may experience such symptoms as a headache, dizziness, weakness, nausea, vomiting, chest pain and confusion.

END_OF_DOCUMENT_TOKEN_TO_BE_REPLACED 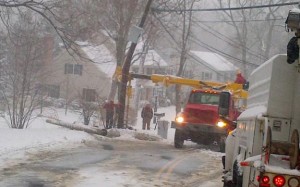 New England is known for spectacular scenery, friendly people and changeable weather. No matter the season, violent storms are always a possibility — which means power outages can strike in the middle of a July thunderstorm or during a January blizzard – and can be just as dangerous.

With winter storm Regis currently passing through New England, here are some steps you can take to ensure you and your loved ones stay safe during a power outage. END_OF_DOCUMENT_TOKEN_TO_BE_REPLACED 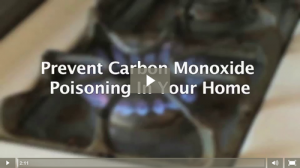 When the weather outside is frightful, many of us take cover in our nice, warm homes. But when we bundle up and use alternative sources of power, we are also putting ourselves at risk for carbon monoxide poisoning.

Fumes from portable generators, stoves, lanterns and gas ranges can build up in enclosed spaces and be very harmful to people and pets.

Watch our video below (or read the transcript) for ways to prevent carbon monoxide poisoning in your home this winter.

END_OF_DOCUMENT_TOKEN_TO_BE_REPLACED

Although Hurricane Sandy may have lost some of its punch, its aftermath will be felt for some time to come. 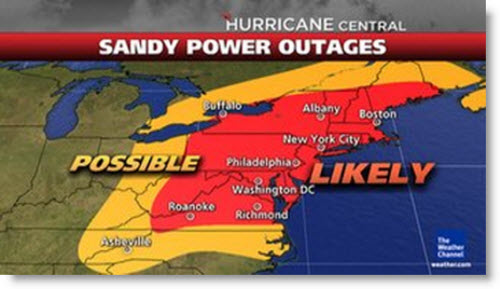 On Monday, Hurricane Sandy wreaked havoc across the Northeast, with 85 mph winds, massive amounts of stinging rain and expansive flooding.

At 8 a.m. Tuesday morning, The Weather Channel reported that eight million people were without power. By the time the storm is over more than 60 million people could be affected by power outages, according to ABC News.

Enclosed spaces allow CO to build up quickly to dangerously high levels. You can’t see, taste or smell carbon monoxide, and it can cause life-threatening symptoms quickly in people. Even at moderate levels CO exposure can cause headaches, dizziness, confusion, fatigue and nausea. CO is called the “silent killer” because there are no odors and few symptoms that signal problems. People who are sleeping may never become aware of their symptoms and may pass away from carbon monoxide poisoning.

For those not affected by Hurricane Sandy, carbon monoxide poisoning is still an issue, particularly as we head into the heating season, and people face other circumstances requiring alternative heating sources. While CO poisoning cases increase following severe weather events, it still remains the most common cause of poisoning deaths in the United States.