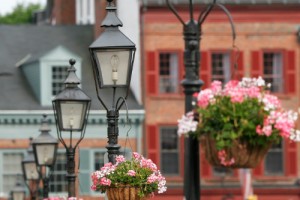 New England towns and cities have a reputation for charm and beauty. “Quaint” is a word often used to describe tree-lined main streets, back country roads, and ice cream socials. However, according to a recent Castine Patriot article, there’s more than meets the eye in Peninsula and Island neighborhoods—big city drugs like heroin and methamphetamine are starting to appear in towns and villages. What can New England communities do to take charge of the problem and take back their streets?

According to Hancock County Sheriff Scott Kane, “if people don’t know there’s a drug problem, they haven’t been reading the news.” Looking at the numbers, however, it’s easy to see the confusion: In 2010 there were 238 arrests for drug violations, but in 2013 there were just 219. While the decrease isn’t significant, it seems like New England communities are headed in the right direction—until you take a look at the specifics.

In 2010, just 5 percent of drug arrests were heroin-related and 7 percent were for methamphetamine. Three years later, the numbers jumped to 32 percent and 37 percent, respectively. In Maine, there were more meth lab-related seizures than all other New England states combined.

In New Hampshire, meanwhile, heroin use is skyrocketing. According to the Nashua chief of police, the city has seen 16 fatal overdoses this year compared to just eight the year before. The problem is large enough, in fact, to warrant a visit from the nation’s drug “czar”, Michael Botticelli, director of the White House Office of National Drug Control Policy. In other words—this is a big deal.

So how do New England towns and cities solve the problem of increasing “hard” drug use? It starts by taking a hard look at what’s really happening in these communities. Instead of assuming that problems are the work of big-city dealers or vacationers with more than sight-seeing on their minds, citizens and local sheriffs need to start closer to home.

First, law enforcement officials and concerned neighbors need to toss the notion of the “typical” drug peddler and instead recognize that most dealers are ordinary citizens—in many cases, they’re well-known members of the community or even straight-A students. In other words, there’s often no obvious tip-off that someone is involved in the drug trade until they’re caught red-handed.

New England residents also need to be aware that drugs aren’t always shipped in from the big city; when it comes to heroin, for example, larger suppliers are the likely culprits but building methamphetamine labs isn’t a particularly difficult task, meaning anyone with enough motivation and disregard for their own safety can set up a “cooking” facility and start producing product.

The Patriot also points out that property crimes like break-ins and robberies go hand-in-hand with increased drug use as addicts look for cash to buy their next fix and sellers try to intimidate their competition. This is where citizen intervention often plays a critical role. In Hancock County, police have rolled out a “text-a-tip” line for residents to report suspicious behavior, and if business owners and residents invest in the right business security systems, it’s possible to deliver a double impact: Criminals are warned off by the presence of cameras and their faces on video may help local law enforcement make large-scale arrests.

Big city pills and local sellers are changing the face of drug culture in New England; citizens and law enforcement must respond in kind.