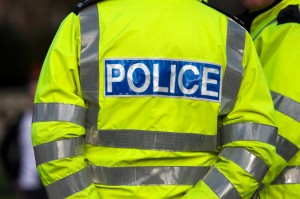 According to the statistics, violent crime rates are down across the United States, and in cities like Providence, Rhode Island, rates have been dropping for the past six years. Meanwhile, studies find that overall police spending is up and municipalities are fighting to keep budgets in line. Is this the “new math?”

Crime data is one thing, but residents of Providence tell a different story. As noted by Go Local Prov, recent gang-related incidents have residents speaking out, taking to Twitter and Facebook to express their concern about how crimes are being accounted for in the city. East-side resident Hollybeth Runco says “crime is absolutely under-reported by police and residents.” She believes the city’s next mayor needs accurate facts and figures, not partisanship, to solve this problem.

The city’s new mayor agrees. Jorge Elorza wants to grow the Providence police force and have 490 officers back on the street within the next eight years. The other candidates also had similar plans — a  rare overlap in policy. Bottom line? While statistics say that crime in Providence is down, residents don’t get the same feeling when they’re out after dark —  is more police spending the best option?

On the Way Down

While there’s no “magic bullet” for crime, there are several important steps cities can take to improve citizens’ perception of their safety. First is the recognition that statistics mean nothing in isolation. Telling residents they should feel safer won’t work — instead, cities must encourage communities to become part of the solution. This encompasses everything from taking back abandoned parks and cleaning up graffiti to installing monitored security  and surveillance systems to aid police in catching gang members or burglars.

There are two ways to look at all the police spending. One is that cities are now inherently safer, and so lower budgets make sense; get officers off the street and put the cash into other social programs. Another perspective is that increased police presence and better technology — coupled with solid oversight — has a significant positive effect on crime rates. Ultimately, Providence and other cities will have to find the solution that works best for their particular need. Increased police spending may be the starting point, while community involvement offers long-term gains.