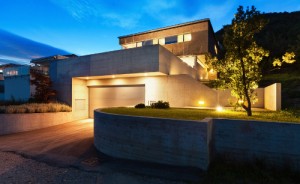 How do you prevent crime? While the ability to peer into criminals’ thoughts and predict bad behavior isn’t a reality just yet, there are a number of tried-and-true methods to deter theft and robbery. Among the most popular are placing valuables out of sight and ensuring your home or business always looks occupied, even when you’re away. Monitored alarm systems are also critical, and it’s common sense to make sure there’s always a source of light. But a new study from London School of Hygiene and Tropical Medicine in partnership with UCL has discovered that more light may not mean increased safety.

The London School and UCL teams examined data from 62 local authorities and over the course of 14 years to determine if reduced lighting strategies had any impact on crime. From a municipal standpoint, these strategies are often appealing since permanently switching off lights, reducing their total number of “on” hours or dimming brightness offer significant cost savings in addition to environmental benefits. The potential dark side? More crime in unlit corners and pitch black streets. After examining the data, however, researchers concluded that “there was no evidence of association between reduced street lighting and increased crime.” In other words, criminals didn’t view darkness as opportunity.

Of course, there’s no hard-and-fast rule here; the researchers note that while their results are encouraging, “it does not mean this will be the case under all conditions.” Consider the example of a large New England community like Boston—in the depths of December, the city only receives nine hours of sunlight per day. If streetlights and other sources of public lighting are removed or reduced, results may not be quite so favorable. In fact, a recent Chicago study found that when entire banks of streetlights were damaged or disabled, crime increased by seven percent. How do cities reconcile this data?

It’s worth noting that the study tackled the problem of public spaces, areas where cities and towns were responsible for providing light and the possibility of passerby was ever-present. In effect these areas are self-policing, since would-be criminals don’t know when their actions might be interrupted by good Samaritans.

But what about private homes and businesses? Here, the same level of de-facto security granted public places doesn’t exist because in many cases home and business owners are attempting to maximize privacy. The result? Less chance that a criminal will be spotted or identified. By choosing to “harden” their appeal—adding motion-sensitive lights, cameras, or audible alarms, for example—citizens can convince bad guys that they’re better off choosing a different target.

Bottom line? Lower lights may not spur crime in public places, but there’s a case to be made for brightening the night around private New England residences and businesses.