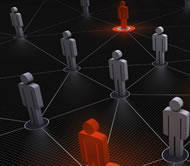 In a society where almost every cell phone out there also has a camera attached to it — and in a world where the ability to upload those photos from a mobile device instantly to social media is increasingly commonplace — there is no question that law enforcement has had to sit up and take notice concerning the impact of this type of technology. One of the more complex questions has been whether to consider social media as a resource or a hindrance during the course of police work.

Consider the pro-social media as law enforcement tool argument, which sees the vast repository of Internet users as potential sources of crucial information about specific crimes. Releasing photos of suspects online in an effort to ‘crowd-source’ their location, or asking the public to submit photos and tips using the web or Twitter would seem to be a useful strategy for federal and local law officers working a case.

On the other hand, there is the dark side of social media, in which rumors and falsehoods about criminals and scams spread like so many rapid-fire chain letters, re-broadcast by thousands of individuals without any weight of evidence to support them. In this environment, the potential for vigilantes to target the ‘wrong’ individuals — or even the ‘right’ ones — needlessly complicates a police investigation. Even worse, misinformation spread through social media could put people in danger by either overstating certain risks or completely ignoring legitimate concerns.

What is the current official law enforcement position on social media? For the most part, it seems to be very much a ‘thanks, but no thanks’ attitude when it comes to citizens who want to somehow assist police investigations via tweets, Facebook posts, or blogging. When dealing with violent crimes where the risk to the safety of suspects, officers, and the public at large is a very real thing, it’s always better to let the professionals do their job without any interference from amateur Internet sleuths.