Burglaries in the US have increased from 2010 to 2011, according to an FBI preliminary report issued in June 2012.

One of the more obvious ways to deter a potential thief is by installing a home security system. 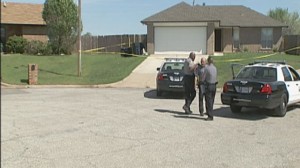 In the past few years publications like Reader’s Digest and news outlets in various US cities like Stoughton, Mass. have taken us inside the mind of a burglar, compiling tips to give us more insight into other ways to thwart would-be thieves.

You may recognize your burglar because he has likely been at your house before, probably working on your house or making a delivery, explain the editors of Reader’s Digest in the article 13+ Things a Burglar Won’t Tell You. When he walks around your neighborhood, he appears inconspicuous by carrying a clipboard or dressing in a uniform, never looking like a thief.

He visually surveys each home, looking for clues that you’re not home such as newspapers on the driveway, mail in the mailbox, or packages piled up on the front step. Better yet, he can sit at home and find out who’s out of town just by looking at Facebook.

Even if he doesn’t know where you live, it’s easy enough to find out. When scoping out what house to break into he looks for open windows; if they’re cracked just enough to allow a little fresh air in, it’s an invitation to him.

Homes that are not well lit and are hidden by overgrown bushes, making it simpler for him to hide.

What if he decides to target your house?

Peg Carbone, a licensed realtor in Stoughton, Mass., says a burglar will always knock first. If you answer, he’ll just ask for directions, or pretend he’s selling something. He may even pretend he’s working in the neighborhood and ask to use the bathroom. If you let him in, he’ll unlock a window to make it easier to get in when he comes back later. If you don’t answer, he’ll try opening the door. If it’s unlocked, he’ll walk right in.

When he does break in, he doesn’t mind making a little noise. Your neighbors will hear the glass break, and keep listening. If they don’t hear anything else, they’ll go back to what they were doing. He also knows all your little hiding spots including the fact that you hide things in your sock drawer, dressers, bedside tables and medicine cabinet.

What he hates are close-knit neighborhoods, and neighborhood watch groups. Neighbors that don’t talk allow him to get away scott-free.