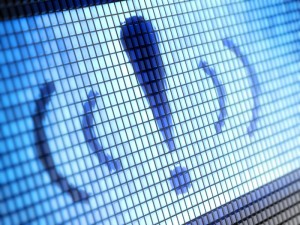 On July 25 at 7:06 a.m., police officers in Georgetown, MA, responded to a home burglar alarm system on Seale Street; upon arrival, they discovered it was a false alarm. At 9:46, another alarm went off on Baldpate Road; and again upon arrival, police found the building secure.

According to Georgetown Wicked Local’s Police Incident Log — each day, officers deal with an average of two false alarms, eating up valuable time and resources. But what’s the real cost of this unnecessary response?

Examiner.com reports that 94-95 percent of all police responses to home burglar alarms end up being false. Based on data from the Center for Government at Temple University, the piece notes that in the year 2000 alone, false alarms cost almost $2 billion. Adjusted for inflation this equals $2.8 billion today, and that’s without accounting for increases in false alarm fines.

That’s right — homeowners and businesses are often charged a fee by police if enough false alarm calls come from their location. One false alarm is typically free but each subsequent call-out comes with an increased cost. According to the City of Boston municipal code, for example, “any security alarm user whose security alarm system transmits to the Boston Police Department more than two (2) false alarms in a calendar year, whether through a central station operating company or directly, shall be assessed a fine.” The price? $50 for the third false alarm, $100 for the fourth and $200 each for five or more.

False alarms cause two distinct problems. First is a waste of police time and resources, time they could spend catching criminals and keeping streets safe. Second is the cost to home and business owners, both in terms of assessed fines and in reputation — like the Boy Who Cried Wolf, police will naturally start to question if an alarm is real after they’ve responded five times in a month only to find the premises locked up tight.

Solving this issue starts with the right alarm system, one that doesn’t react to every gust of wind or wandering pet, but can accurately identify motion that requires an alarm response. Some companies try to cheat the problem by programming delays into their response times, hoping a homeowner will call in and cancel the alarm. But that’s just a stopgap, and potentially deadly if a burglar is inside your home. Avoiding false alarms requires the marriage of professional system design and installation as well as thorough end user training.

False alarms can be costly, both for police and property owners. Don’t get stuck with the bill.