In 2016, the average inventory shrink rate, increased to 1.44 percent, up from 1.38 percent in 2015, according to the National Retail Security Survey 2017. Shoplifting by outside customers, accounted for 37% of retail inventory loss, followed by 30% in employee theft, 21% in administrative errors and 5% in vendor fraud. This loss cost retailers about $48.9 billion worth of inventory, a National Retail Federation survey found. 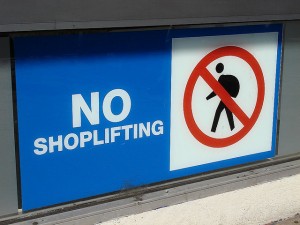 Items most commonly stolen include clothing, books, music, jewelry, watches, tires and car parts. “Everyone thinks about little Johnny stealing a pack of bubble gum, but there are also professional gangs that target stores and steal billions of dollars every year,” says Joseph LaRocca, an adviser for the National Retail Federation, in the article.

While it’s true that if you’re like most retailers, you’re using anti-theft tags on merchandise and IP video surveillance to help identify as well as deter thieves, there are additional steps you can take to prevent shoplifting – by customers as well as employees.

If you suspect someone may be shoplifting, never accuse him, rather ask if you can help him or ring him up. Keep the person in your sight and contact security or a manager immediately. Never try to stop the shoplifter. If the shoplifter leaves the store, provide security with a detailed description of the person, including his vehicle, if possible.