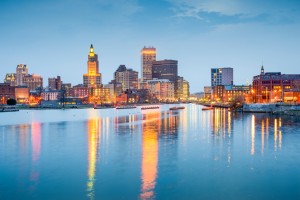 What kind of identification can police ask for, and under what circumstances? In many states, law enforcement powers when it comes to search and seizure—always informed by the need for reliable identity—are cause for citizen/police tensions.

Rhode Island is no exception, and according to the Providence Journal article, is taking action: The senate recently gave the OK to a bill which would see police powers both narrowed in scope and limited in reach. What does this mean for long-term citizen safety and security?

In Salem, MA, law enforcement officials are trying a different tactic than Rhode Island. According to the Salem News, Endicott College—a private school with just over 2700 students—is adding a team of sworn police officers to its existing campus force to handle an increasing number of security incidents. These officers will carry firearms and have the ability to arrest lawbreakers rather than referring the matter to the local Beverly Police.

Endicott is following the trend here; 68 percent of four-year colleges with more than 2500 students already use sworn police officers. The Salem college is also taking things a step further with plans to sign an agreement with the City of Beverley that would let college officers respond to calls involving Endicott students even when they’re off-campus. Simply put? Salem wants to mandate good behavior by ramping up police powers.

Rhode Island senator Harold Metts, meanwhile, has proposed legislation which would take RI police officers powers in the opposite direction. First up are so-called “consent searches” in which officers ask pedestrians or drivers to submit to a search of their person or vehicle. Under the new law, consent searches may not be requested “unless there exists reasonable suspicion or probably cause of criminal activity,” and any searches which don’t result in criminal charges must be documented.

In addition, any driver stopped must produce only their driver’s license, motor vehicle registration, and proof of insurance, unless police have reasonable suspicious or probable cause of criminal activity. Here, the focus is on citizen-police cooperation and mutual respect which Metts and other lawmakers hope will protect civil liberties and encourage greater public support of police efforts.

Bottom line? Rhode Island and Salem lawmakers are looking at opposite sides of the same coin. Salem officials suggest that that increased scrutiny means better safety Rhode Island, meanwhile, is making efforts to draw clear lines between public and private activities. Ultimately, the hope is to show citizens the potential of a police/public partnership.