As the holiday retail season approaches, retailers and supermarket owners of all sizes in New England must defend themselves against theft. As a retailer, there are many steps you can take, including adding electronic surveillance systems throughout your store. 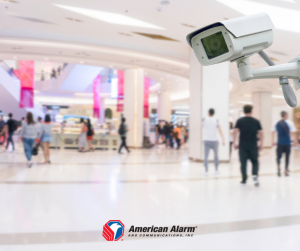 While the holiday season provides 34 percent of annual retail sales, it also accounts for 37 percent of yearly shrinkage, as a Forbes article notes. The biggest contributors to shrinkage are shoplifting and employee theft.

As the event page notes: “Billions of dollars in revenue, tax dollars and man hours are lost each year while industry professionals and law enforcement tirelessly work to investigate, prosecute and punish crimes against retailers.”

One of the biggest threats comes from organized retail crime, where thieves select particular types of goods (holiday turkeys for instance) and steal them in bulk and sell through organized channels. The use of self-service checkout systems can also increase the risk of shoplifting, as one Wrentham, Massachusetts attorney notes on his blog. The holiday retail season increases those risks.

Luckily, you as a retailer, can take extra measures to protect your stores, employees and shoppers. As a previous American Alarm blog notes, you can establish the following policies:

For extra measure, you can even install a manually operated panic alarm system. This can be triggered to immediately alert a 24/7 third party surveillance center that, in turn, can reach the police. Using such an alarm, an employee at a luxury retail store on Boston’s Newbury Street was able to contact American Alarm’s central station. The operator dispatched the police, who arrested a patron and “restored calm.”

For a reliable retail monitoring and surveillance solution, turn to a regional vendor like American Alarm.