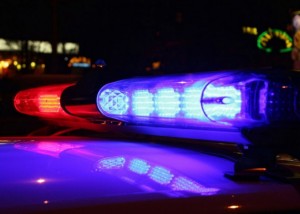 Police in Boston may soon be sporting new technology. A proposal from the citizen group, Boston Police Camera Action Team, would require all on-duty officers to wear a video camera on their shirt collars. This proposal comes after major cities across the country have participated in pilot programs to test the effectiveness of body cameras. These programs have emerged in response to public outcry over police-involved shootings nationwide.

On Wednesday evening, August 5, 2015,  the proposal was presented during the Boston City Council hearing. Most in attendance were in favor of the body cameras.

The proposal asserts that on duty officers would be responsible for turning on the camera and recording all interactions with the public. Officers who fail to turn on their cameras would be subject to disciplinary action. Undercover officers would be exempt.

Proponents of the proposal say that body cameras will lower officer complaints and provide indisputable evidence if claims of misconduct arise. In June, law enforcement officials where exonerated by video surveillance evidence from a nearby Burger King. The footage showed the that terror suspect Usaamah Rehim was shot and killed by police after refusing to put down a military-style-knife.

In May, the Justice Department announced a program that would provide $20 million to police departments for body cameras.

Boston Police Commissioner William Evans takes this proposal very seriously. He believes that cameras could help improve job performance, but is concerned about issues of privacy, cost, constitutionality, and the way cameras could affect the relationship between the police and community. Evans would like to wait for the results from other cities that have participated in this program.

Cost is an important factor to consider. Evans said that it could cost the city up to $3 million a year to store the footage, and surveillance fees range from $15-$89 per month per officer, plus the cost of the camera itself. Boston City Councilor Charles Yancey, whom is sponsoring the proposal, argues that the body cameras will save the city money by lowering the number of lawsuits and legal claims.

Evans also says that he does not believe that body cameras will solve, “the historical rift that has been present between the African-American community and the police”. He is afraid that the cameras will make officers less approachable and hinder their ability to build relationships in the community.

“We will not be as approachable as before,” Evans said in an interview with The Boston Globe. “We’ve got something special here with the community; I don’t want to jeopardize that”.

Currently there are no official plans to implement the pilot program and no timeline for a decision. The City Council will likely take a vote on this proposal in the fall.