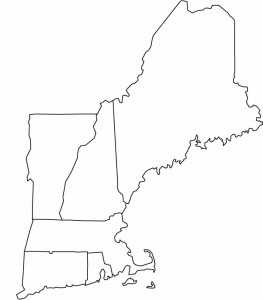 It’s official: Cities and towns across New England make up almost 25 percent of the top 100 safest places to live in the United States. According to a new report, places like Ridgefield, Wayland, Norfolk, Clinton, and Weston have all cracked the top ten based on FBI data for cities with over 10,000 residents. What sets these communities apart?

It’s worth taking a look at some of the top contenders to get a sense of what makes them so successful when it comes to safety.

Learning From the Best

So how do other New England communities bump up their safety rankings and make their way onto the top 100—or even into the top 25? It starts with programs like those in Ridgefield, which don’t rely on citizens or police alone to protect the community but instead depend on effective collaboration. Wayland speaks to the need for continuing education about emerging threats along with knowledge-sharing about what techniques work to keep communities safe and how citizens can collectively improve their neighborhoods.

Norflok, proves that properly implemented safety programs can lead to violent crime rates approaching zero over the course of multiple years. The lesson from Weston is that technology now plays a critical role in keeping residents and businesses safe. Whether it takes the form of advanced police tools, communications centers, or high-performance alarm and camera systems, the right technology helps make cities safer and fosters a sense of timely response in citizens and police alike. Crimes are dealt with quickly, professionally, and convictions stand on firm evidence.

New England is rapidly becoming one of the safest parts of the United States, thanks to a combination of collaboration, education, and technology.