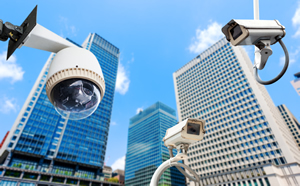 Boston is getting a next generation closed-circuit television (CCTV) network to help monitor for public threats. As noted by a recent Daily Caller article, the system designed by Texas-based Behavioral Recognition Systems (BRS) will feature a kind of artificial intelligence (AI) which allows it to “recognize, learn and permanently register abnormal behavior.”

While the system has real potential, it also comes with risk: Who’s watching these watchers?

Boston isn’t alone in this kind of endeavor — according to CNN, a New York startup company has plans to record pedestrian and vehicle data and then make this information public. Both programs bring up an important point: How much observation is too much?

Wesley Cobb, chief science officer of BRS says the company’s system “will figure out things you never thought of looking for,” and points to the example of a car driving backwards up the entrance of a parking garage. As this behavior is out of the ordinary, BRS’ artificial intelligence will create an alert and closely monitor the vehicle. The problem? It’s possible such behavior is entirely innocent — someone unfamiliar with the area or who’s forgotten something inside the building. The surveillance company says individual privacy is high on their list of concerns, but serving the public good makes this a difficult balancing act, especially when much of the system is computer-controlled.

Ultimately, the value of any surveillance program comes down to intelligent oversight. While AI-controlled networks offer the promise of independent learning and threat detection, the lack of human oversight makes many citizens uneasy.

Consider a smaller-scale example: The typical business owner. To protect their property, it only makes sense to rely on a reputable, Homeland Security-approved security provider, one that has dedicated IP video surveillance solutions — but technology isn’t enough in isolation. Owners need oversight of all cameras from dedicated portals — whether it’s desktops or mobile devices — and integration with other systems like cash registers or burglar alarms. If owners need 24/7 security monitoring of their property, peace of mind only comes with the knowledge that trained staff are behind the cameras, actively searching for any suspicious activity.