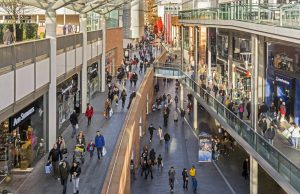 Dealing with organized retail crime (ORC) is one of the major challenges for loss prevention programs across the country. Now that holiday and Black Friday shopping are fast approaching, ORC is likely a primary concern for your retail business.

Why are most retail businesses concerned? ORC costs the retail industry about $30 billion each year, according to the 2016 Organized Retail Crime Survey, an annual survey conducted by the National Retail Federation (NRF).

There are a number of reasons for these staggering statistics, including that professional retail criminals are much more sophisticated than in the past and they work in larger groups where each member has a clearly defined role.

These professional thieves travel throughout the country, stealing large volumes of merchandise from retailers. Then they sell their products to an organized network of criminal fences, typically receiving 25 percent of the ticketed value. The fences then either sell the merchandise to their customers or, in some cases, to legitimate retailers.

Additionally, theft of cargo, as well as issues with merchandise credits and gift cards, add to the problems that retailers are facing when it comes to organized retail crime.

To combat these professionals thieves, you need an organized retail crime strategy that’s focused on the right issues. The first step is to build an ORC team that can establish a process to collect data to identify patterns of crimes, look into the right technology and interact with law enforcement.

Here are some areas your organized retail crime strategy should address:

In addition to these strategies, installing a commercial burglar alarm system as well as IP video surveillance from American Alarm can help you identify as well as deter thieves.