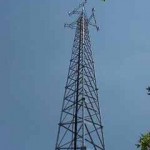 Gone are the days when wireless communications were considered the weak links in emergency response systems.

Radio and cellular systems have become so robust that they’re now the backbones used by first responders and recovery teams when disaster strikes, especially when wired infrastructure has been obliterated by heavy winds, flooding, winter storms or an earthquake.

The same is true for home security systems. Even the world’s best alarm system is ineffective if it can’t reach the central monitoring facility and alert your provider. If you’re relying exclusively on a phone line to deliver the all-important signal to the home base then you could very well be leaving your property unprotected during a crisis.

Downed telephone lines aren’t the only things you have to worry about – enterprising thieves have been known to cut phone lines leading to individual homes to silence their burglar alarms before they break in.

Technological advances have resulted in a surge of interest in radio back-up for central home alarm systems. If your security system can communicate wirelessly with its monitoring facility if you lose your phone signal, you’ll never have to worry about being cut off from your alarm provider.

Wireless signals can penetrate even the fiercest storm to let security personnel know that your house has been broken into. No matter how clever burglars might seem, there has yet to be even one documented case of a burglar effectively blocking a wireless alarm signal.

In some cases, a wireless back-up can also act as an early indicator to your alarm provider that something might be wrong – even before a break-in takes place. Should the central monitoring facility lose contact with your system over the standard wired connection, it can instantly query the radio back-up as to the status of your alarm system and contact you to let you know that your phone service is experiencing an issue. It also gives alarm company personnel the chance to alert a home owner that he might have been targeted for a break-in if there are no other reports of downed phone lines in the same neighborhood.

A wireless alarm system back-up is another service that leading security system providers such as American Alarm can provide to customers to give them absolute piece of mind and ensure that their homes and families are safe and sound at all times.