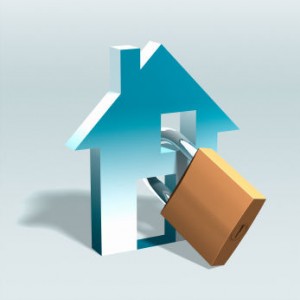 But as the economy continues to struggle, keep in mind that a growing source of home damage and loss is burglary. Yes, more American homes are being burglarized, the Associated Press reports – all in pursuit of gold, whose price peaked this summer at around $1,900 an ounce. Although this type of crime is non-confrontational (because typically no one is home) most burglars remove valuables and damage your home.

With a statistic like that, it’s no wonder The National Crime Prevention Institute recommends installing a home security system to diminish the risk of burglary. Research shows that if burglars can’t get in without making a lot of noise, or if it takes more than four or five minutes, they’ll move on to the next house. They may even get discouraged enough to move their illegal activities to another neighborhood all together. For example, a Rutgers University School of Criminal Justice study recently concluded that “the deterrent effect of alarms is felt in the community at large.  Neighborhoods in which burglar alarms were densely installed have fewer incidents of residential burglaries than the neighborhoods with fewer burglar alarms.”

To improve your home’s chances of being bypassed by thieves, make sure to slap that home security sign or decal where the thieves can see it—on the lawn, the doors and the windows. Burglars will very likely skip over a house with a sign or a sticker alerting them to the fact that the property is protected by a security system.

A recent survey by Consumer Reports stated that 80% of consumers with home security systems felt confident that their homes, their families, and their possessions were secure thanks to their systems. The prices of home security systems and alarm monitoring services are dropping, and that means Massachusetts residents can no longer afford to be without the piece of mind they offer.