If you think your car is safe parked in your own driveway – think again.

Recently, a man in Waltham, Massachusetts was arrested for allegedly trying to steal another car and its contents, according to the Waltham Patch. 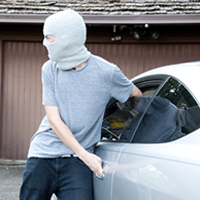 Police arrested the man after they caught him fiddling around under the dashboard of a car while it was parked in the driveway of a home — and this car was allegedly not his only target. Waltham Police Sgt. Joseph Guigno credits “good old fashioned police work” in apprehending this man — but what steps could have been taken to catch this criminal sooner?
END_OF_DOCUMENT_TOKEN_TO_BE_REPLACED