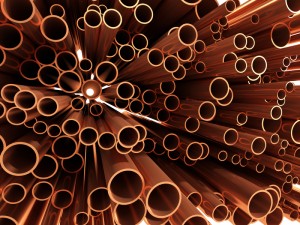 Last year, a man in Abington, Mass. was arrested and charged with numerous crimes including, including possession of burglary tools and receiving stolen property. The 33-year-old man was also suspected of being involved in a string of thefts of copper from vacant and foreclosed homes in the area, according to The Patriot Ledger.

When police officers stopped the man in East Bridgewater, Mass. for driving without an inspection sticker, they discovered five pieces of copper each five feet long as well as pipe cutters, wire cutters, a flashlight, a headlamp, a hack saw and gloves.