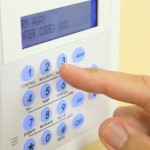 There is a weakness in many “all-in-one” (fire/burglar) home alarm systems. Some major distributors and alarm monitoring companies have built in dialer delays that prevent signals from being sent to the central station for up to four minutes after the alarm is tripped in the home. Four minutes may not sound like a lot of time, but in four minutes you can drive four miles, you can listen to a song, heat up your lunch, or dance the Four Minute Waltz.

So a four-minute delay in your home security monitoring system is more than enough time to allow an intruder to disable an alarm, so that the signal never reaches the central station at all. In fact, most intruders may not even need the extra time disabling the alarm will give them. According to law enforcement officials, most intruders spend less than five minutes in your home once they get inside. With a system that has a built-in delay, the burglar can be in and gone – before the alarm is even called in.

According to the alarm companies that use such delays, the rationale is to keep their central monitoring stations from being overwhelmed by multiple alarms, and also to give homeowners more time to shut off their alarms and minimize false alarms. That could be true but, at the same time, these delays could give you a “false” sense of security.

So what can you do to make sure your all-in-one home alarm system is providing you all the protection it should? Work with an alarm monitoring company that does not use such delays, is confident in its ability to handle all monitoring situations, and works with homeowners to minimize false alarms without putting them in jeopardy.

An alarm system that is quick respond, without any delays, is your best protection when seconds count. But remember, even such a system is only effective once a break-in or attempted break-in triggers the alarm. Law enforcement officials agree that a home security alarm should be considered only a part of your overall home security.

You should also take the following steps to make your home unappealing to burglars and as physically fortified against a break-in as possible.

American Alarm and Communications has never used a dialer delay in the systems we install. Our commitment to our customers has always been and will continue to be to provide the fastest possible response to alarm signals.