In recent years, we’ve seen all too many tragedies unfold in our public school systems and universities. Even more incidents end quietly that could have been much worse. Last year, a school custodian in South Hampton, New Hampshire, discovered an intruder armed with a shotgun and carrying prescription medication. Fortunately, the man fled and was later apprehended, local news reported. This just underscores the reality of the risks. 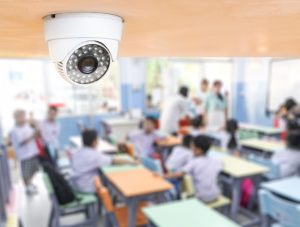 Strong security systems can protect our children and have recently proven effective in Everett, Massachusetts and Warwick, Rhode Island.

Recognizing the issue, education officials across the country have been investing heavily in security equipment and services. The total market value for the education sector of security gear and services hit $2.7 billion last year, according to industry research.

There is even an advocacy group for funding and implementing national school system protection, called the Security Industry Association. Some schools are implementing cutting-edge security, including facial recognition, “logical and physical security, identity management integration and high-security classroom doors.”