The fall semester is about to begin, bringing students into Boston and other New England venues. They’ll be fair game for thieves looking to make a quick profit. 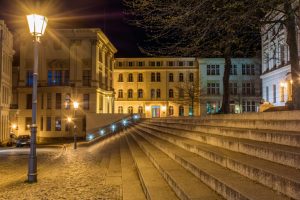 These young students may be informal about security and less than diligent in securing their premises, and crooks respond accordingly. According to the National Center for Education Statistics (NCES), in 2016, there were 12,000 burglaries on-campus — which represents 42 percent of all criminal incidents on campuses or at post-secondary institutions.

Not that thieves must wait until fall classes are in session. Just last July, the Boston University newspaper noted a rash of fraternity house burglaries in Boston’s Kenmore Square area, near Boston University’s east campus. The thieves entered the occupants’ rooms in the frat houses and lifted bikes, laptops, wallets, a PlayStation and electronic gear. As the article explained, “The fraternity houses frequently sublet rooms during the summer months, and security can be lax.”

Students have a hard time with their finances without having to cope with robbery, too. Besides tuition and room and board, books and various school supplies alone can run students $1,168 annually, says a Forbes columnist. Factor in theft, and that can put a major hole in a young scholar’s budget — and the loss of a laptop can be an irreplaceable problem.

Here are some tips to share with college students that will help them combat campus thieves (courtesy of MarketWatch, and the website of nonprofit GreatSchools):