In 21st century New England, protecting our loved ones’ lives and wellbeing must factor in new digital threats. Complete strangers can reach into our homes electronically, defeating any physical safety system we’ve installed. 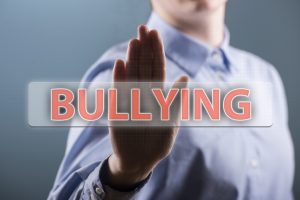 And with the proliferation of smartphones, tablets and social media platforms, the risk of cyberbullying – simply defined as inflicting intentional electronically enabled harm – only grows, as a guide on the subject illustrates.

Last month was National Bullying Prevention Month, and the local Patch news site invited the public to share any stories of bullying. It’s a good time to reflect that we in New England live in a highly connected and risky world. Also, we need to recognize that the e-harassment problem is widespread and going largely unaddressed.

The statistics are grim. In an article from researchers for the website BroadbandSearch stated:

The article concludes we’re heading in the wrong direction on this problem.

PACER’s National Bullying Prevention Center reports a longer list than ever of channels from where bullies can strike. They include:

Cyberbullying may not result in direct physical harm to our families and friends, but the damage such activities cause is quite real and can be immense. While electronic harassment can affect anyone in any demographic, young people, who often spend much of their free time on Facebook, Instagram and other similar platforms, are especially vulnerable.

In Massachusetts, for instance, bullying overall is a festering problem. A recent Boston Herald article states that:

For instance, as the Herald article mentioned, there was the 2010 tragedy involving Phoebe Prince, a South Hadley, Massachusetts, teenager. A handful of her high school classmates so tortured her in person and online for three months that she hanged herself. Her six tormentors were all prosecuted and the legislature even passed a law to discourage bullying.

More recently, Plainville, Massachusetts, teenager Michelle Carter urged a highly vulnerable and depressed friend, Conrad Roy III, via text, to kill himself. After Roy died of self-inflicted asphyxiation, Carter was tried and sentenced for involuntary manslaughter. These examples underscore both how far cyberbullying can go in its consequences, and how the law views it as a genuine crime.

Remember: Full protection of our loved ones must include cyber-defense. Need to learn more about cyberbullying and how to make it history? Here are online resources: