Chimney fires are dangerous and potentially devastating, particularly in the winter season here in New England. Chimney blazes destroyed 100 homes in the U.S. in 2016, according to Channel 22 News in Chicopee. A recent spate of chimney fires in western Massachusetts prompted another warning article.

The latter story notes how one fire broke out after the home’s chimney tiles cracked — and the chimney block cracked with them, which allowed the fire to enter the home. On New Year’s Day, firefighters from Newbury, Massachusetts, successfully responded to a blaze, which they contained in the affected home’s porch.

In this era of internet of things (IoT) sensors and web-enabled home-to-mobile-device communications, it’s crucial not to overlook traditional safety measures. These include annual chimney inspections and regular chimney and flue maintenance and cleaning.

Professional inspectors know what to look for. What ultimately leads to most chimney fires is “literally lack of maintenance,” as one local chimney expert notes in the FOX article.

One of the leading causes of these conflagrations is creosote buildup in the chimney. A byproduct of burned wood, creosote typically takes the form of a black, oily wood-tar residue that can accumulate in every chimney type. It’s also highly combustible. 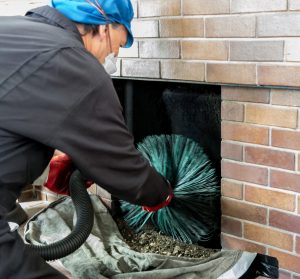 There is plenty you can do to maintain your chimney and avoid fires, including annual professional inspections of the chimneys and flues. Additionally, the Commonwealth of Massachusetts has issued a safety precaution checklist, which recommends, among other measures:

This final tip ties into an overall home environment protection plan. It’s a sobering fact, but according to the Chimney Safety Institute of America, most chimney fires go undetected.

Installing smoke/carbon monoxide alarms gives you an extra security layer that can protect your home and warn you immediately if anything goes wrong.

Turn to a trusted and proven local security system vendor and environmental monitoring services provider, such as American Alarm. Our solutions can detect and alert first responders to the presence of fire (as we did in Malden, Massachusetts just last November) and carbon monoxide (as we did last year in Harvard and Hopedale, Massachusetts).