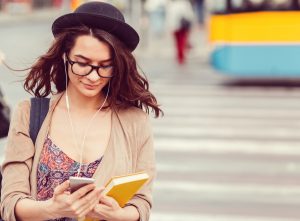 If you’re like most parents, sending your son or daughter off to college can be pretty nerve wracking. You worry about all the things you’ve worried about since they were young – illness, happiness, safety– only now you need to worry from further away.

Besides sending care packages with goodies and reminding them to eat their fruits and vegetables, there’s not much you can do to stop your child from becoming ill or make sure he or she is happy. But there are some devices and apps on the market that can help keep your college student safe.

Even if you can’t prevent your child from getting the flu or suffering from a broken heart, you can help him or her stay safe with these devices and apps.