A major change in mobile communication networks is on the horizon and will affect millions of security systems nationwide. The sunset of 3G cellular networks has begun, and you may need to take action to ensure your home or business security system will be able to communicate with our 24-7 monitoring station in the future. 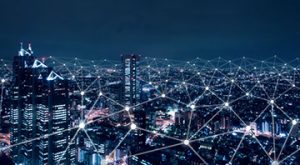 “This is part of adapting to technology evolution,” said Maria Moretti, director of corporate operations at American Alarm. “We went through it, on a smaller scale, several years ago when the 2G network was shut down. So, we understand the impact and the importance of getting ahead of the curve for our customers.”

As many as 10 million home and business security systems in the United States now use 3G communicators to transmit signals to a monitoring station. The transportation industry is also affected significantly, with millions of tractor trailer trucks and delivery vehicles using 3G communicators for their wireless telematics systems.

“Anyone using a 3G communicator today will have to update their technology to make sure their systems can still send signals,” Moretti said. “We are staffing up now to help our customers make the transition.”

The end of 3G is occurring because the national wireless carriers, including Verizon and ATT are deploying new technologies to accommodate growing demands for streaming content, and for the exponential growth of networked wireless devices, often called the Internet of Things. To make room for the new network technology, both with frequency bandwidth and equipment on their towers, the wireless carriers will shut down their existing 3G networks.

The exact timing of the 3G sunset is an evolving matter, as the change will occur tower-by-tower in specific areas of the country, not all at once. Verizon and ATT are expected to keep most of their 3G networks operating until at least 2021. However, some parts of the country, including areas here in New England, are already losing 3G coverage.

“What we saw during the 2G sunset is the timing can be unpredictable,” Moretti said. “We want to make sure our customers’ security systems can always communicate with our central station so we can react to emergencies. That’s why we are launching our 3G update program now.”

American Alarm will be reaching out to affected customers by mail with more details.